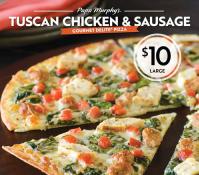 Dennis Spellman has been a professional broadcast journalist for more than 30 years and spent the past decade on Houston radio and television stations like 740 KTRH, KIAH-TV CW39, and KROI News 92 FM.

Before coming to Houston, Dennis was the news director at WGAN radio and a news anchor at WMTW television in Portland, Maine.

The news may be in his blood, as there's a family legend about a Spellman being the town crier back in Ireland.

In addition to journalism, Dennis has worked as an executive in the public and nonprofit sectors. He was a business analyst for Dun & Bradstreet in Boston before coming to Houston. Here, he was the vice president of External Affairs and Information Technology at the Houston Housing Authority, and vice president of the board at Houston Housing Resource, which helps people in public housing achieve self-sufficiency.

Dennis has earned numerous first place radio news awards from the Associated Press and an Emmy nomination for his television investigative reporting, in addition to the Francis C. Moore, MD, Medical Journalism Award from the Harris County Medical